There is a consideration of ‘taste’ that needs to be mentioned before discussing Marvel’s most recent Secret Empire storyline. Featuring a reality in which Nazi imagery is used to describe a totalitarian regime in the USA, there could be accusations that a comic book that draws on the twentieth century’s most notorious genocide is in poor taste. In the same way that Hunters could be seen as relying heavily on the shock of the holocaust to create dramatic tension (or that time that Scottish Ballet used documentary footage of an earthquake to amplify the tragedy of Romeo and Juliet), using historical extremity to make a fictional point can be construed as a failure of the authors to make their point without recourse to special pleading. 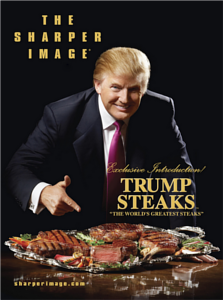 That said, Nazis are in the news again, and have been for a while.

Although there is plenty to say about the specifics of the Secret Empire story arc, such as the portrayal of Captain America as a tragic villain, the upending of continuity for a short period to play with the expectations of multiple characters, the desire to resolve a major and apparently irrevocable change back to a status quo, this reading is taken at the level of myth. That is to say, the broad narrative strokes are more important than the detail. A deep dive into the text, which would make more of the medium itself and the peculiarities of character and genre, is what I call a ‘dramaturgical’ reading.

Myth is usually measured against the template of Joseph Campbell’s ‘monomyth’, and mythical reading is more concerned with the way that the story reveals the values of a culture.

In the beginning, Steve Rogers is recruited by Hydra, a mysterious organisation that claims to have existed for centuries. Hydra enters into an alliance with Nazi Germany, and Steve Rogers becomes Captain America, hero of the Allied forces and a secret agent for the Axis. The Axis loses WWII, and Captain America becomes a sleeper agent, posing as the greatest of the superheroes – or at least the most morally upright and their natural leader. The Red Skull eventually activates Rogers, making him become the leader of the Hydra regime which is able to stage a coup on the US government. Steve Rogers is the dictator of the now non-free world. He reluctantly commits atrocities, arranges show trials and drives his former friends and allies into hiding and resistance. 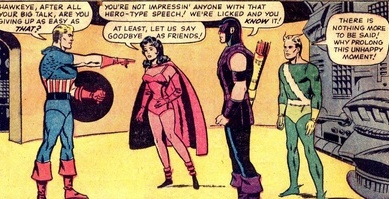 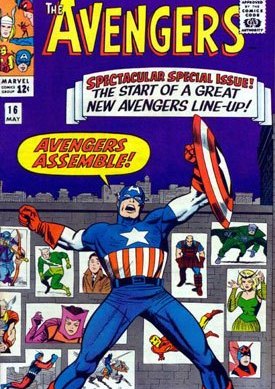 It concludes when a good version of Steve Rogers turns up and punches the bad one. It is a very weak ending, which does not really deal with the consequences of a fascist interregnum. On a side note, most comic book crossovers have poor endings, as the writers rush to tie up enough loose ends to revert back to business as usual.

Ignoring the conclusion, Secret Empire does conform to the monomyth. There is the call to adventure (Steve’s initiation), the mentor (Red Skull), the descent into the abyss (his time as a superhero in a world that is everything that he does not believe to be right, where he forgets his true allegiance and self) and then the atonement (killing Red Skull to become the main Hydra man). And that’s Steve as villain’s monomyth: heroic Steve has the same pattern, only the abyss lasts for nine issues, and issue ten gives him the atonement in short order. If the definition of a myth is conforming to Joseph Campbell’s theory, this is a myth. 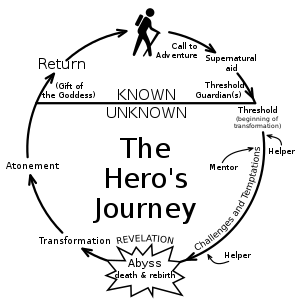 It also recalls Levi-Strauss’ belief that a mythological system can be understood as reiterations of a theme or belief. In this case, Secret Empire takes its title from an early story arc, and does a variation on the good versus evil duet that has been the basis of Captain America from  his origins in the early 1940s.

And that leaves us with Barthes’ assertion that a myth reveals the values of a society.

A myth, for Barthes, can be analysed in terms of the metaphorical performance of cultural values. Using correspondence rather than causation (a distinction eloquently explained in Homecoming), it is easy to knock up a collection of allegorical symbols in Secret Empire. Captain America is, well, America. Hydra are the illuminati or the masons or whatever other secret society is currently responsible for the state of the world. The authoritarian government is the current state of society… the resisting heroes are the resistance… Red Skull is… well, whoever the reader wants him to be. Because this Secret War may look like a commentary on Trump, but allegory is not always obvious.

I mean, the involvement of Hydra, translated into the real world, isn’t as simple as ‘oh, that must be the secret Nazis’. Quite often the secret society that is running the world is said to be Jewish. In which case, Captain America and his state become the globalised New World Order the alt-right fear, Trump is Iron Man, racing around trying to defeat the progressives who hold real power and this parable is about how America has been corrupted by social justice warriors.

I don’t believe this interpretation, because it requires the belief that Trump, despite being the POTUS and an egregious example of the entrepreneur stereotype that has been promoted as heroic by capitalism, lacks real power and a deep state, which is full of feminists and progressives, holds ultimate authority. But here’s the thing with allegory, it slips around, depending on the readers’ perspectives. It is one reason why some myths have maintained their vitality even after the culture that generated them collapsed.

It seems far more likely that this is a comment on how the right has come to power. It is, at the moment, a caricature of the ascent of Trump. But it seems more likely that Hydra, which allies with the Nazis while gently regretting their excesses, speaks to Trump’s ‘nuanced’ reading of the alt-right as containing ‘good people’.

Marvel also claimed Secret Empire was not political. Paratext, in the form of company statements, is not acknowledged as either binding or definitive.

But allegory, even political allegory, is a bit deeper than I want to go: it is a sub-genre within myth. I want to look at the myth of Secret Empire within the Marvel mythology.