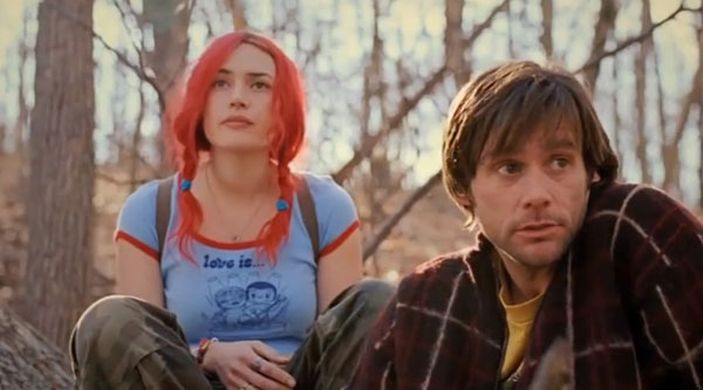 A metaphysical comedy drama, its singularity lies in the surreal routes it takes in deconstructing a painful break-up. It’s kinda sci-fi, kinda rom-com.

Sixteen years on, it holds up as a classic, although the use of tech was minimal back in 2004. What a different complexion the film would have, were mobile phones and dating apps integrated into the already complex narrative of love lost and found.

This being a Charlie Kaufman film, directed by Michel Gondry, and co-written with Pierre Bismuth, the emphasis is on the journey of the human brain. Lacuna Industries, helmed by eccentric doctor Howard (Tom Wilkinson)  and assistant Mary (Kirsten Dunst) uses a kind of brain scan eraser, thus eradicating all traces of relationships which cause the patient pain. But when Joel has received notification that Clementine has had the procedure, he wants in on the scheme for himself.

Of course, it’s not that straightforward in practice. Joel realises that the memories, as much as they hurt, are an indicator that he feels, and Clementine has got under his skin in a way that is both pleasurable and bitter.

Kaufman’s script explores what it is that draws us in, and tears us apart as lovers; but also what humanises us. This duality is key to self-awareness. 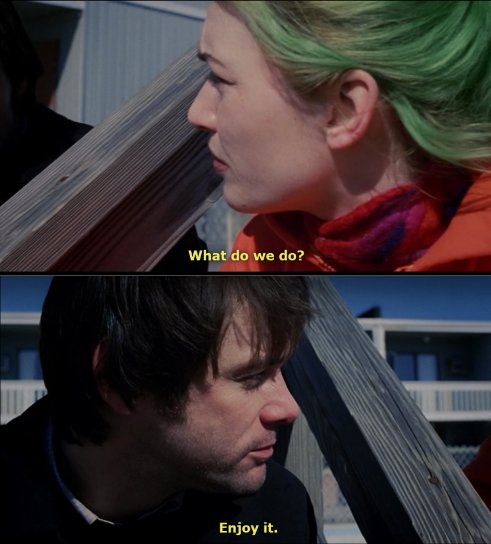 Hugh Grant / Richard Curtis fare this ain’t. Winslet is likable, bringing depth to a character who could have been self-consciously kooky, and Carey’s Joel -he’s playing utterly against type here- is subtle, insecure but sweet, a nuanced anti-leading man.

They’re both wonderful, and you will them to stay together, whatever is thrown at them. It broke my heart a little to hear that the actors didn’t actually gel (allegedly) in real life. Bjork, a huge fan of the film, once said she loved how Winslet amplified the role of Clementine into a completely uninhibited woman.

What can often be reduced to tropey mush in rom-coms is given more heft, thanks to the incredible, inventive set-pieces and the way Kaufman messes with the structure of the relationship.

Lesser films followed in its wake (500 Days Of Summer took the time frame mix-ups and sanded off any rough edges) but it remains a funny, beautiful and poignant dissection of romantic expectations and harsh life lessons.