Keisha Thompson, commissioned by Contact and STUN presents Man on the Moon as a part of the British Council Showcase, presents

Man on the Moon

An Afrofuturistic take on a real-life father-daughter relationship using maths, logic and science to explore mental health, masculinity and identity within the Black British experience.

Keisha Thompson explores her unconventional relationship with her reclusive father communicating with him through books, letters and symbols. This magical combination of storytelling, looped sound, singing and spoken word is presented as we celebrate the 50th anniversary year of the moon landings. The solo piece tracks Keisha as she follows a trail of breadcrumbs leading her to a number of check-points: cultural displacement, religious confusions, political paranoia and misplaced masculinity. But when her father’s letters stop, Keisha is forced to venture into his world.

Man on the Moon explores the gap between father and daughter understanding each other and how this has affected Keisha’s identity as a Black British female. It also considers the impact that mental health can have on the family dynamic, particularly within the context of the Black British experience. 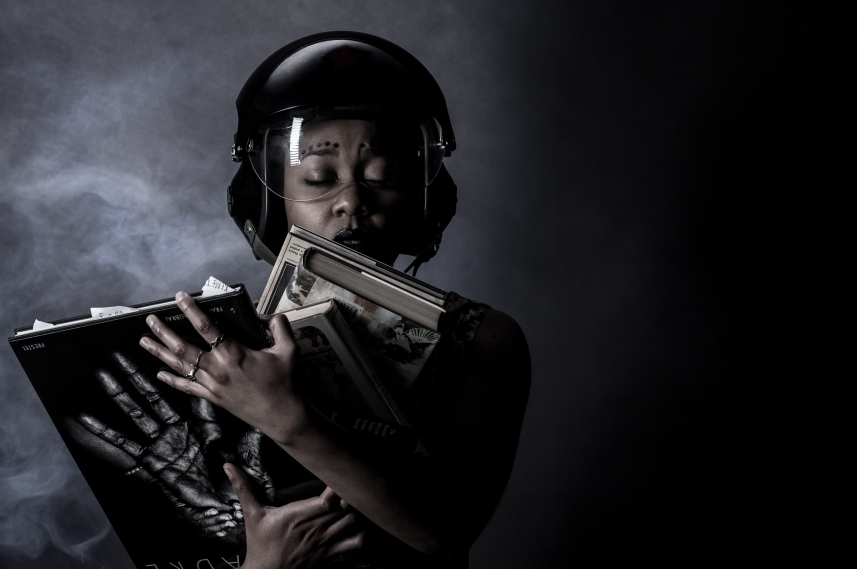 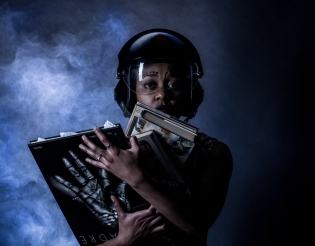 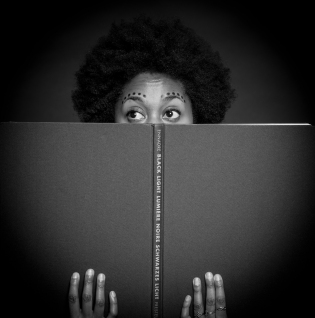 What was the inspiration for the work?
For a while I was thinking about fatherhood. How my friends talked about their fathers. The way fatherhood was discussed in the media and the social theory I had read during my time at university. My own relationship with my dad. It always seemed to be predominantly negative in tone. I was thinking about how this fed into wider conversations around masculinity and mental health. My dad’s mental health. My dad’s masculinity. How the two interacted with his identity as a Black British man. When I received the commission from STUN to make a new piece of work, I hadn’t heard from my dad in 5 months. I was feeling quite anxious about it but hadn’t really shared it with anyone so the topic was literally throbbing in my brain. It felt like the right time to confront it.
What kind of wider impact in terms of conversations do you hope the work will produce?
I hope to get people to consider what it means to be a child. What unspoken responsibilities can come with that. Also I want to feed into the conversation around mental health particularly within the Black British community. Showcase how difficult it has been to discuss it in my family. I’m hoping that by being honest about some of the ignorance, shame and confusion that I’ve dealt with, it will encourage other people to consider how they can support anyone with mental health conditions in their families. But at the core, I want to celebrate fatherhood. I want to acknowledge the parameters that my dad has dealt with but champion the knowledge and love he has managed to pass on to me despite them. 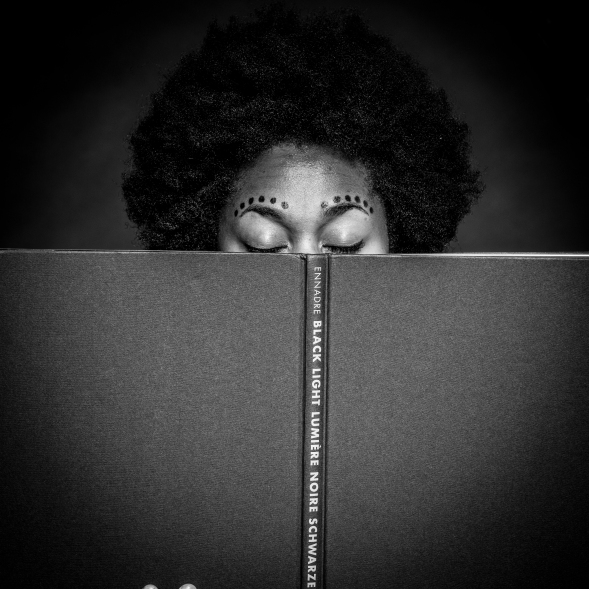 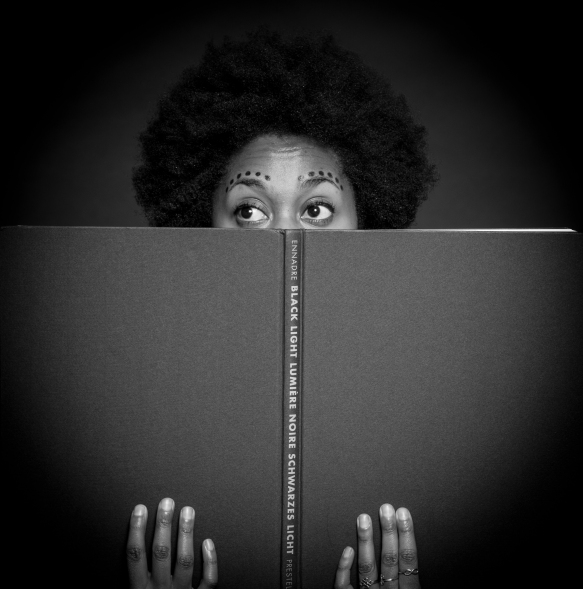 How far does the content of the work influence your dramaturgical process? (or – what is the relationship between form and content?)
I have been drawn to the Afrofuturistic aesthetic for years but I never went for it because I’m not interested in style over substance. It started with the story for me. I found from my research around trauma and mental health references to the moon and numbers (via Enneagrams) were coming up effortlessly. I started thinking about my dad and his politics and his interests. The metaphor of the man on the moon was very clear and fitting. So it was an organic journey towards an aesthetic that I have been intrigued by for years.
In the sharing I used my loop pedal to showcase my ideas for sound but didn’t intend to have it in the show. The feedback around me creating sound and controlling the sound on stage was huge so it felt right to listen to that. I always hold onto my core question and core goal. But then stay open to other things. I let the story tell me how it wants to be told. I thought the piece was going to be super physical at first. I was working out like crazy. I mean I was working with Benji Reid for god’s sake! But then he said that he felt it more of a storytelling piece. At first I was disappointed because I wanted to challenge myself physically. In the end I knew he was right though. Sssshhhhh don’t tell him. 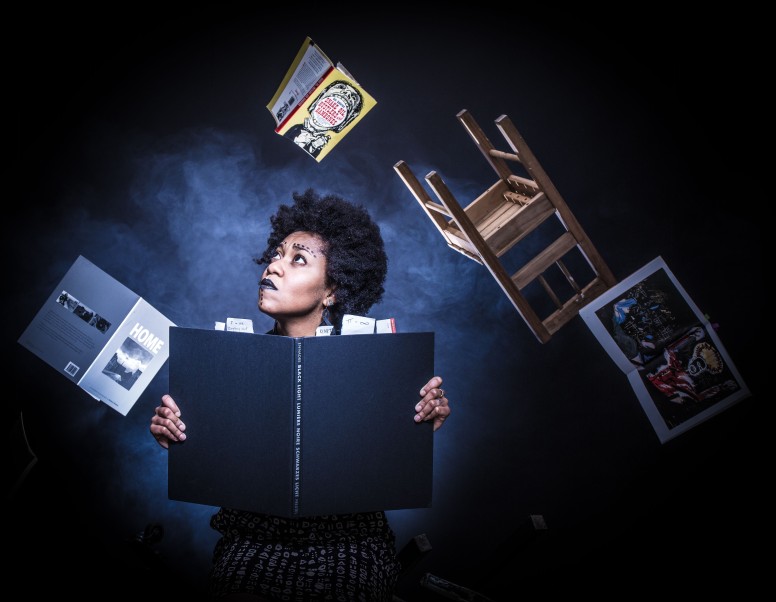 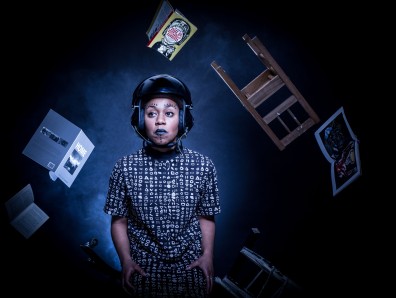 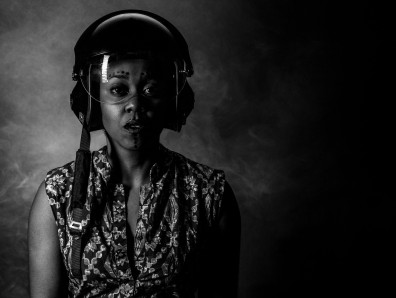 How does this show relate to your usual process or content?
Man on the Moon is my second solo show. The process was completely different to my first (I Wish I had a Moustache). The writing process was different. The making. The team. I like to attend workshops and gain new skills or hone current ones so I have a toolbox ready for whatever story I’m trying to tell. I feel like I should always be learning or trying something new. So this show has been an extension of that. I’ve taken myself more seriously as an artist in making this show.
What makes you want to make theatre rather than another art?
There are certain stories that benefit from liveness and communal sharing. I wrote a series of poems alongside the play because I knew there were certain aspects of the story that warranted a different artform. I get drawn to theatre because I want to connect with people. I want to create a moment or share a feeling that it real and fleeting. It can’t be replicated. It’s different every time. That is beautiful and exciting and incomparable to me. It’s all about the experience. 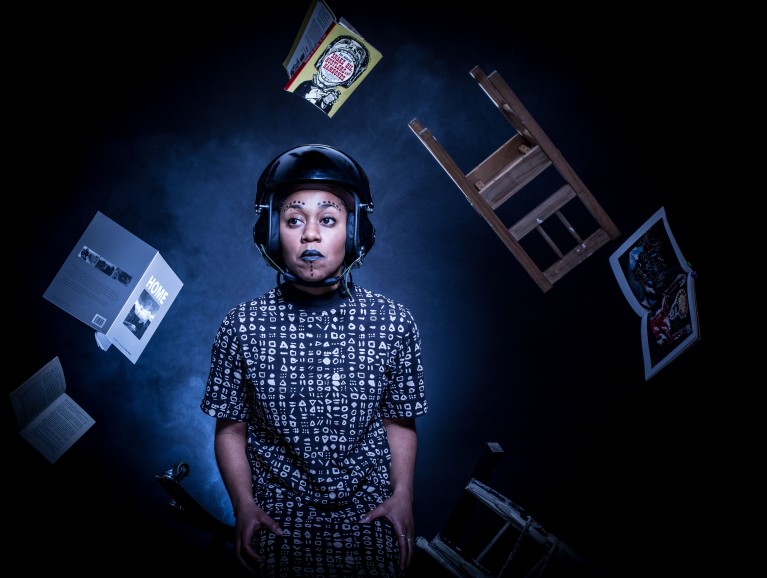 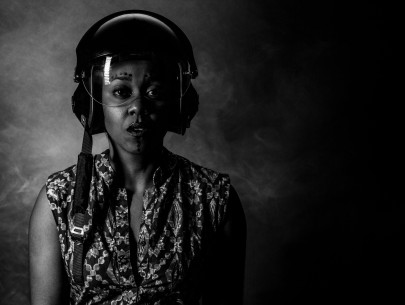 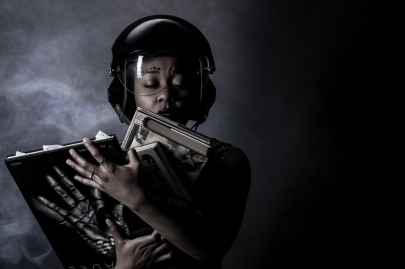 Is theatre – and the Fringe – a good place to provoke conversations?
Definitely. It’s an opportunity for people from different backgrounds to come together share something that is communal and non-personal. Something that you can share without having to share too much of yourself but allows you to have conversation with others. There’s so much power in that.