Ronnie Dorsey’s semi-autobiographical one-woman monologue tells a story of how misogynist abuse begets murderous revenge. Earning critical acclaim when it first came to the Fringe in 2011, this dark st

What is the carbon footprint of bringing this production to Edinburgh, and have you incorporated any activities that enable you to reduce this?

We travel from Birmingham to Edinburgh with set, equipment and our worldly goods for the month all in our Euro 5 van. This seems to be the eco-friendliest way we can get to the Fringe.

In what ways do you feel that theatre can bring anything to this discussion, especially in the light of the recent imaginative activism that has been engaging the media, such as Extinction Rebellion?

Recycled flyers / posters, returning to sustainable (i.e. paper or card) advertising boards as opposed to plastic, vinyl or foam core. More emphasis on quality of work and less reliance on elaborate sets and energy hungry tech. “The play’s the thing”!

Are there methods that theatre can use to do beyond ‘raising awareness’, since it strikes me that much of the audience will at least be aware of the issue?

In addition to the above, the industry can further develop led lighting to replace power hungry generic instruments, and as venues are refurbished, environmental impact and measures to minimize this impact must be considered. Several years ago, we were involved with a show that relied on ‘audience power’, the audience were invited before the show to pedal at special stations in the auditorium that generated the electricity for the show. It was such a great idea and could be utilized across the industry – and beyond!

What elements of climate change do you explore, and what ideas are you keen for the audience to take away?

Of Sound Mind is concerned with changing the psychological climate of our current society. We do however feel that any such change would impact the world for the better, and that the healing can continue. 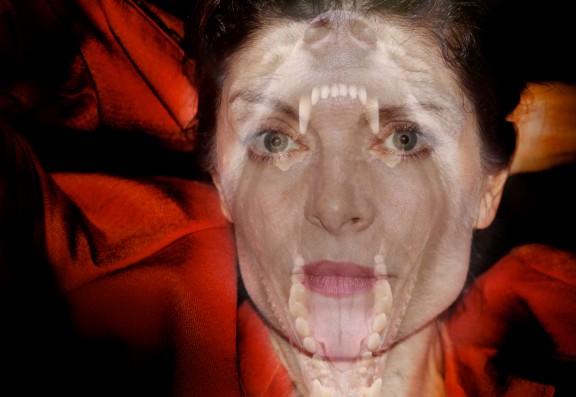