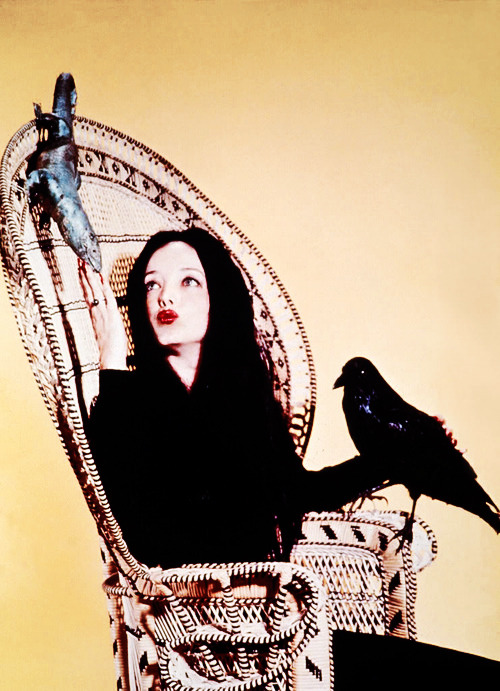 Sixties cult TV doesn’t get better than ‘The Addams Family’, adapted from Charles Addams’ beloved comic books.  And as haughty but teasing Morticia Addams, the sexy matriarch, Carolyn Jones broke the mould. Mums weren’t supposed to be as badass and glamorous- especially dead ones.

There’s nothing cooler than when she trims the roses (cuts off their heads like the Queen in Alice in Wonderland) and her acerbic one liners flow faster than the potent red wine from their cellar. Erm … I think… it’s wine, anyway…

She’s a style icon in black with feline eyes, imperious glowers, killer cheekbones and a fondness for poetry and a tango or two with her amorous husband Gomez… Sorry Lily Munster… I like you, too, but Morticia rocks like you just don’t. 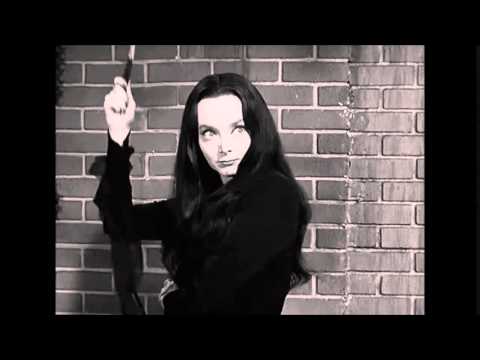