Wanted: Real boy, GSOH, can get wood often, for hot, no strings action. Yes, Summer Panto Season is here, girls and boys, and the wonderful Gary McNair aims a pointy toe into the groin of the perennial children’s classic story, Pinocchio. If Johnny McKnight is the Panto King, then surely McNair is the Punto King. We’re talking howlers, one-liners, zingers and wordplay here, and all delivered with a hop, skip and a sashay.

This time the satirical  lols and groans come thick and fast, as the titular puppet boy (Frances Thorburn) aided by some dubious yet familiar characters like Faragio the racist Cat (Darren Brownlie) evil be-wigged US circus master Trumpoli (Dave Anderson) and Bearis Johnson (Kirstin Mclean) decides whether going into stand-up comedy is the life for ‘him’. After all, the world seems populated by liars, so why not join them?

All Anderson’s blowsy dame Jan Petal (geddit?) needs in life is some white wine and the lilting mediocrity of Daniel O’Donnell- at least, initially. Anything, anything to get through the disbelief that the Tories have gained some ground in Shettleston, of all places. Sometimes, comedy writes itself. 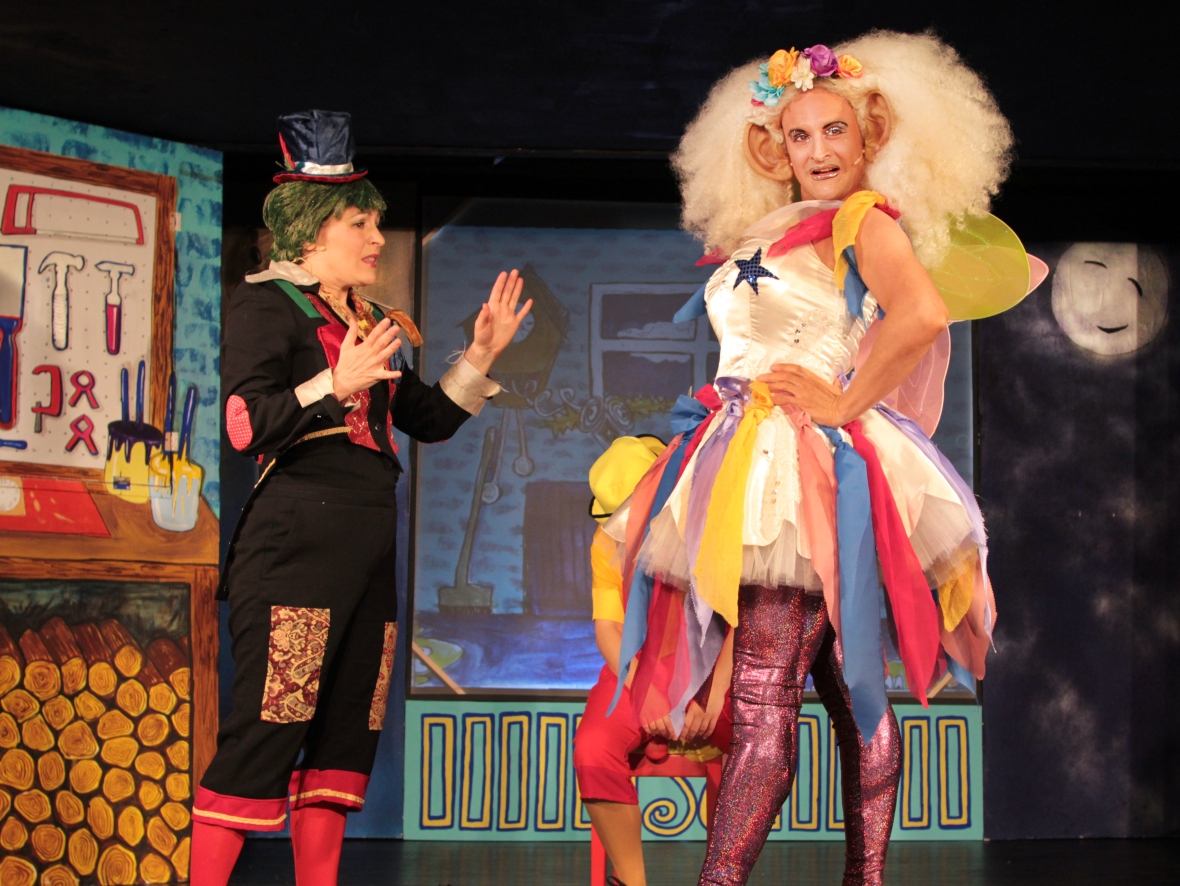 Will the Pavilion get the piss taken out of it? Will that minxy, well upholstered Fairy Oddmother (Brownlie again, kicking those fabulous legs in stripperific heels) try and get off with some men in the front row? Will Disney lawsuits be narrowly swerved? And can Punocchio learn that to get by in life, you don’t have to be a fanny all the time? Truly questions for our times.

The superb cast of four are in fine voice, and do deadpan wonderfully. With side swipes at Theresa May’s Magical Money Tree, Glasgow West Enders, Brexit, and these scary and absurd times in general, it all amounts to snappy, unvarnished fun. Nae lies. Can you twig it?

At Oran Mor until July 22nd