V/DA’s dance piece VOID, which has been commissioned by Tramway, is inspired by JG Ballard’s Concrete Island and is an unbridled success, partly because it’s a dystopian slice of paranoia with an exhaustive,thrilling performance by Melanie Forbes-Broomes, and partly as the crackling, hissing industrial soundscapes and visuals are incredible.

Co-collaborators Bex Anson and Dav Bernard push multi-media to the limits. Forbes-Broomes pushes choreography to the limits-emerging like a dazed commuter from the rubble, she proceeds to get a foothold on a wire fence, using her stiletto heels as crampons, only to topple down again, spring up and perform vertiginous acrobatic dance sequences.

Within Bernard’s stunning, fractious imagery she is camouflaged by neon greens,blues,reds,monochromatic ripples of glitches, and a grid system into which she is integrated. Finally, she becomes an urban warrior woman, small animal crawling sideways, and child curled up on the ground, vulnerable to the elements.

Her struggle is an Everywoman’s struggle- the brilliant choreography merges strong storytelling with unease, conflict and (some) resolution, but she represents the modern day confusion and anxiety caused by being slaves to accelerated culture, the city grind and consumer technology.

VOID has never been more timely. The combined talents of this trio have created a twitchy, compelling and dark look at Ballardian themes which time and again have been proved worryingly prescient. 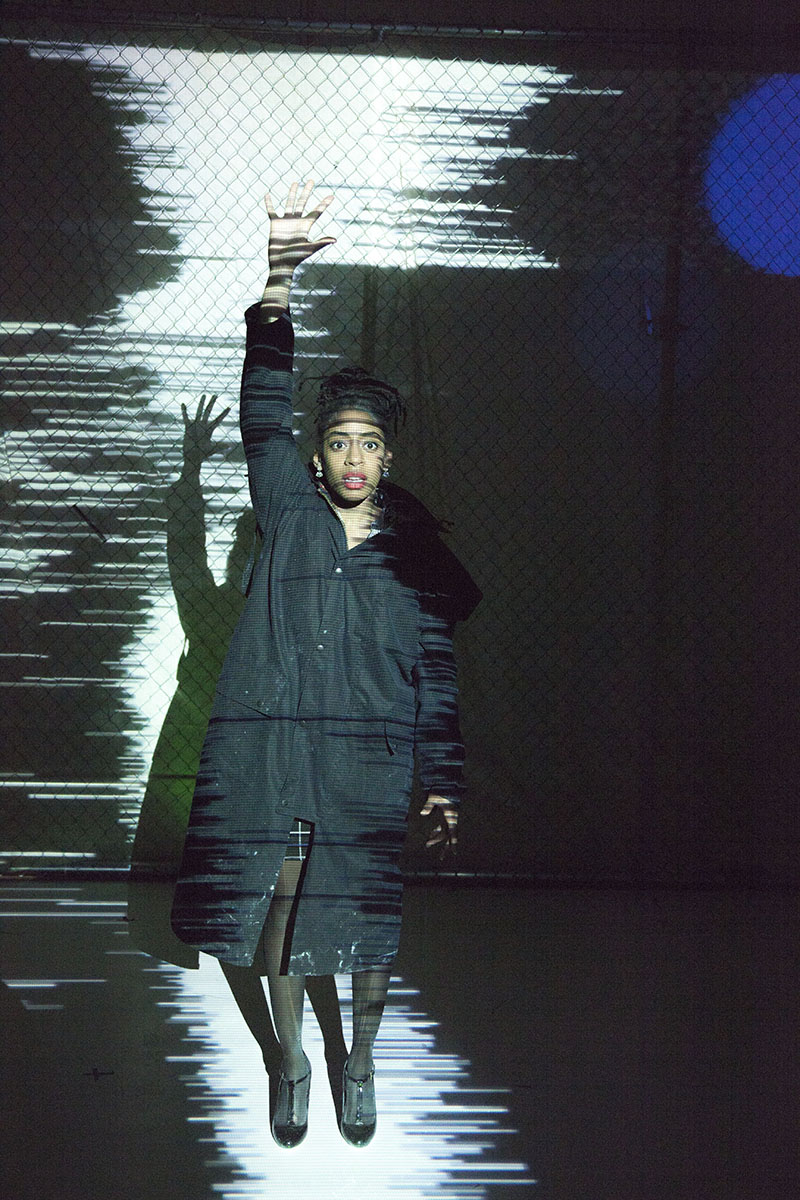